A Brief History of the Courts 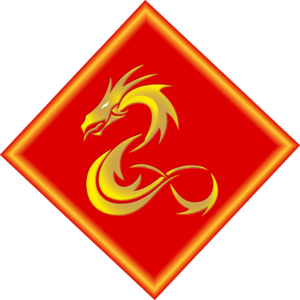 The Crest of King Swayvill

Very little is known of the world before the Courts of Chaos came into being, save that there were many land masses which formed spontaneously in the Abyss. Certainly, it was from the Abyss that Great Cornelius came to the Rock of Thelbane and drew the Logrus, with the aid of his sons Swayvill and Suhuy. By tradition, this is believed to have occured about fifteen-thousand Chaos years ago.

Over the next millennium, Cornelius, Swayvill and Suhuy brought together scraps of other worlds from the Abyss, as well as those worlds which had formed after the Logrus was drawn, and wove them into what would become the Courts of Chaos. Following the death of his wife Titania, Cornelius realised that a sacrifice needed to be made to solidify the whole, and chose to be that sacrifice so that his children, and their children, would have a safe and stable home. After their father gave himself to the Logrus, about fourteen-thousand years ago, Swayvill became King of Chaos and Suhuy took on the mantle of Keeper of the Logrus.

About a thousand years after Swayvill’s accession, his nephew, Dworkin, son of Suhuy, stole the Eye of the Serpent and Created the Pattern, bringing into existence Amber and the Shadows between the two poles. In the thirteen thousand years of Chaos time that have passed since then, about four and a half millennia have passed in Amber.

A timeline of the Courts of Chaos can be found here.

The Dragon Court of King Swayvill

The Courts is a fundamentally feudal society. Swayvill’s Imperial Dragon Court is held in the Throne Room of Thelbane Palace. The huge Court chamber itself is in  Swayvill’s colours of red and gold. Splendid tapestries hang from the walls, and there are a number of famous stained glass windows, including one of Suhuy, Keeper of the Logrus and brother to the King, scolding the Unicorn of Amber. The huge dragon throne is on a golden dais, and beside it is the slightly less impressive throne of the Queen of Chaos.

The entire Court is expected to stand, with the exception of the King, Queen, the Princess Swayvanna and her children, and the Grand Dukes. Court dress is complicated and reveals the intricate centuries old customs and traditions of the entire ancient kingdom and its governance.

In recent years, His Royal and Imperial Majesty suffered a period of ill-health, and it was feared that his time as the Great and Benevolent Ruler of Thelbane may be drawing to a close. His condition worsened during the War Between the Powers, when the rebel factions of the House of Barimen, descended from his nephew Dworkin Barimen, fought all the way to the gates of Chaos. However, a settlement was finally reached, in large part due to the personal relationship that has developed between King Swayvill and King Random of Amber. Since then, King Swayvill’s health has rallied.

When Swayvill became King, he took the royal surname Barimen. In the early years of his reign, he married a noble demoness named Alberta, and over the millennia, they had a number of children, who went on to form the Major Houses, either directly or by marriage. In order, these were:

Queen Alberta died about three thousand Chaos years ago. To this day, the Grand Dukes/Duchesses of the Major Houses are in the Royal succession.

Since Dworkin’s betrayal, House Barimen has been split into two branches.

The King married his current Queen, Matilda, about a thousand years ago, and they have one child, the Princess Swayvanna. They live in Thelbane Palace, at the centre of the Great Rock of Thelbane.

The Dragon Guard work directly for His Majesty and are a highly-trained fighting land and airforce with an enviable success rate in engagements in which they have been involved. They number about 2,000 souls. They formed the final rearguard to protect the King at the Final Battle of the War Between the Powers, earning the respect of Benedict of Amber, himself, who personally interceded with King Random that they not be disbanded.

At present, they are commanded by Marshal Velice Hendrake, who swore allegiance to His Majesty about five hundred years ago, before the War Between the Powers.

Members of the all the Major Houses are entitled to apply to the Guard, or are occasionally invited to apply. Applicants are sent on the Dragon Acceptance Course, which runs once every three years under normal circumstances. This is a rigorous course that tests mental, physical and military strengths, and last about twelve Thelbane months. The pass rate is only 25%, although unsuccessful applicants usually return to their Houses with much better skills than they left. The successful candidates then swear and oath of personal allegiance to King Swayvill.

There is also a sub-division of the force, the Royal Guard, whose purpose is to protect the persons of King Swayvill and his immediate family, plus Keeper Suhuy and his. They also Guard Thelbane Palace and the Ways of the Logrus. Their protection has been offered in the past to Arch Dukes Ian (Helgram), John (Helgram) and Edward (Saxe-Coburg), as sons of Princess Swayvanna, but the offer has not been taken up at this time.