The Kingdom of Amber 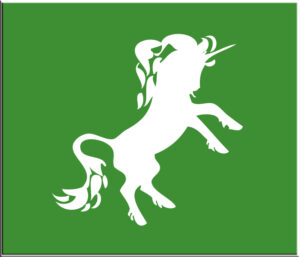 Situated at the other end of the multiverse from the Courts of Chaos, the Order of Amber and its Pattern is the antithesis of the Chaos of Thelbane and the Logrus. Despite this, it often seems that the Amber Royal Family is, at its heart, more chaotic than Chaos, while the rigid structures and ancient traditions of the Courts are far more orderly.

Random was appointed King of Amber by the Unicorn in 14,982 ALC/4,471 AP, when she gave him the Eye of the Serpent. Due to the instability of relative time between Amber and Chaos immediately after the war, however, he was not formally Crowned until 14,985 ALC/4,495 AP, i.e. around forty-five years ago Chaos time, and fifteen years ago Amber time.

The new status quo is taking some getting used to by all parties, but the signs are good. Thus far, the peace has held, helped by the now-revealed Blood links between the Royal House of Thelbane, and the House of Amber, which were suppressed in the days of King Oberon. This includes the knowledge that many of Oberons wives actually came from the Courts.

A History of Amber

Amber was founded by Dworkin Barimen, son of Archduke Suhuy, approximately thirteen thousand Chaos years ago (four and a half thousand Amber years).

Dworkin was not originally a rebellious soul. However, as time passed, he became more and more angry that his father, Suhuy, had given up his claim to the Thelbane Throne. His ambitions grew, and while he appeared to be a dutiful son, he learned everything he could about the Creation of the Logrus and the Courts, because he believed he could do better. He came to realise that “the Serpent” was actually a transformed version of his grandfather, Cornelius, and that its genetic material could be used as a focus to repeat the Creation process.

He travelled in the Abyss until he found himself a nice, solid Rock on which to build his own Power, and manoeuvered it towards the Courts. This would become Mount Kolvir. Then he bided his time until one day, during the Great Festival of the Serpent, he had the opportunity to take it by surprise and divest it of its Eye. At that point he fled into the Abyss, to the rock he had found, and began to inscribe his own Power, and guide the Rock of Kolvir into position to establish his own “Royal Ways”. The result was the Pattern of Amber.

His uncle, Swayvill, dispatched forces after him under the command of another uncle, Severin, but for whatever reason, none of those sent in pursuit, including Severin, ever returned to the Courts.

While he never formally Crowned himself King, Dworkin ruled his new Creation for the first century or so (Amber time) of its existence, and guided the formation of the worlds that would become the Golden Circle. Once that was established, the interaction of the Pattern and the Logrus sent into motion the creation of wider Shadow between the two.