Life in the Courts

Life in the Courts 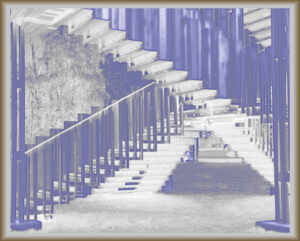 A “Ways” is the usual term used to describe the dwellings of the Houses, and important individual players within the Courts of Chaos, and also out in the Black Zone. A Ways can be a community, colony and world within itself, and is built from different scraps of Shadow which take the Waysmaster’s fancy.

Much as the Logrus is at the heart of the Courts of Chaos, at the centre of any Ways is a Keystone, which the Waysmaster uses to anchor the various components of the whole together, and keep them in sync with eachother. Keystones are created in the heart of the Logrus, by the Keeper and the individual Waysmaster. Once a Keystone has been installed, the Waysmaster can give access to it to his assistants. Keystones also set the position of the Ways, as a whole, relative to the Courts; or in the case of a sub-Ways, relative to the House Ways it is attached to.

Within the Courts (i.e. the Royal Ways worlds), a Ways must initially be set up by a Senior Waysmaster, but after that, Logrus initiates are able to reweave, amend and add to it, although basic initiates need to work a lot harder at it than advanced ones. The Black Zone is a bit more flexible, and even basic Logrus users can build Ways from scratch in those areas, as long as they have a Keystone.

Ways belonging to a specific House take the name of the House, for example Chanicutways or Helgramways. Within that, House members in good standing may be awarded a sub-Ways of their own, often on the occasion of walking the Logrus. These will usually carry their name, for example Bessways in Chanicut, or Ianways in Helgram. Some owners change the name to be a little less pretentious, however: for example “Ianways”, in House Helgram, is now called Stokesay.

In addition, non-Logrus initiates may be granted either a Shadow or sub-Ways within an allied Ways, as a reward for services rendered to the House, although they are unlikely to be able to mould it to their own desires after it has been built. Children of Ways holders are usually given a Shadow or sub-Ways within their parent’s Ways automatically, until such time as they either take the Logrus or earn their own by other means.

With respect to grants of land or Ways outside of the individual Houses, within the Courts of Chaos (“Royal Land”), these are within the gift of King Swayvill.

The Courts of Chaos is made up of many Shadows and parts of Shadows, and the potential variety of these worlds is infinite. Within the “Royal Ways” area, however, there are some defaults which apply unless actively manipulated by a Waysmaster.

The individual Houses can choose the defaults for their Ways, but they will usually have at least a section of their Ways – often the public areas that link to the main Courts – that follow the above defaults.

The further away from the Courts and into the Black Zone you travel, the less standardised the natural Shadow conditions become. As a result, atmospheres, climates, gravity, chemical composition and chemistry, physics and tech levels can vary, depending on the individual world/Ways, and whether they have been manipulated.

A Chaos year comprises 420 days, split into 15 months of 28 days, each made up of 1,500 minutes (the split of hours varies from House to House). There are no “leap” years. The overall timeflow is roughly three Chaos years to one Amber year (which is slightly shorter).

The education of the children of the Courts is handled both by the individual Houses, and centrally, depending on individual circumstances. All the Major Houses provide an extensive education to their children, at least up to bachelor’s degree level. Some, like the Helgram Academy, take that further into post-grad studies, while the Hendrake Military Academy is attended by the majority of members of the House after they complete their basic education.  All the Minor Houses have establishments to educate their children to the equivalent of High School level, but don’t always have the facilities or population to justify full degree level courses.

As well as the individual schools, colleges and academies within the Houses, there are also several central places of learning, which are open to all the denizens of the Courts, be they Cornelians, Chaosians, demons or Shadow Folk, and whether they are aligned to a House or not. For children whose parents wish them to be educated within the Courts, rather than in Shadow, but who do not qualify to go to school in one of the individual Houses, the following establishments are available:

With respect to higher education, there are a number of university-level institutions which can be applied to by any registered denizen of the Courts or members of all Houses in good standing. These offer both undergraduate and graduate level courses, as not all the Houses can offer a full curriculum within their own education systems. It is also not unknown for students to received a bachelor’s level equivalent education within their House, but then attend one of the Thelbane institutions for master’s and doctorate level studies.