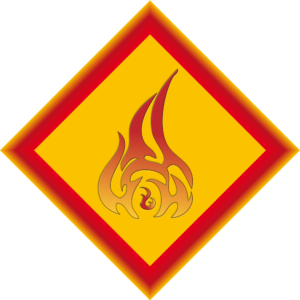 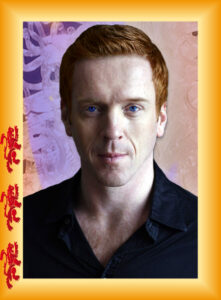 Jowan is the grandson of Duke Daveth and Emelie Hendrake, through his mother Elowen. He was educated in Shadow, rather than at the Helgram Academy, but since he returned to the Courts he has been very involved in promoting Helgram interests. He is a trained lawyer, having attended the Thelbane College of Jurisprudence, and has also served the House in diplomacy and trade. He sometimes teaches at the Helgram Academy as a visiting lecturer. He was appointed as the Helgram Agent in the Black Zone shortly after the end of the War Between the Powers. He has been instrumental in establishing the Helgram Zócalo.

Bríghid is a Lady of Chaos, who excelled in magic and conjuration at the Helgram Academy. After she graduated, she found herself assigned as PA and general office ornament for Bishop Edward. This didn’t sit well with her at all, and to prove a point, she poisoned his coffee one time, making him sick and causing him to lose face for having embarrassed himself in the office. Jowan, as one of the family poison experts, was called in to find out what happened, and traced the duke’s “illness” to Bríghid. The duke was outraged, and dismissed her from his service. This would have left a black mark on her record, had Jowan not offered her a position as his Girl Friday, PA and considerably more than just office ornament, in the Black Zone.

Cormac is the son of Llewellyn’s younger brother, Jerome. He studied at the Helgram Academy, where he proved to be one of the more military-minded students in his graduating class. He got to know Jowan when they were both teaching at the Academy later on.

The La Puerta Unit provides security and border control at the La Puerta pass, the only land access to Tierra Colinas. She is the daughter of Fionn Harrison-Helgram, the Helgram Chief of Police.

Aileen, daughter of Rosemary Helgram, runs the small Zócalo Police Force, which deals with any more major crimes that take place in the Zócalo: for example, when plain high-jinks give way to serious violence where weapons are involved. She is is a fully qualified forensics mage, and if serious incidents do occur, she is very capable of investigating. She nominally reports to Cormac, but is just as likely to take a problem directly to Duke Jowan.

Felice is the granddaughter of Duchess Marguerita, through her son Valentine. She attended the Helgram Academy, excelling at Helgram history and studies, and showing an aptitude for Helgram House law. She also spent some time with her grandfather, in House Caradoc, learning the differences between the two. When she was in her late-twenties, she set off to explore the Black Zone, and became fascinated with it. When she returned home, about five years later, she applied to the Thelbane College of Jurisprudence, and was accepted. While there, she specialised in Black Zone comparative jurisprudence. The Zócalo is administered under a combination of Helgram House Law and Black Zone Law.

Lennox is a House demon. They report directly to the Duke, and deals with the day-to-day running of both the Plaza Mayor, and the City as a whole. They have a staff of specialists who assist them in his task.

Klaus is a Lord of Chaos, and longstanding member of House Helgram. He is descended from Graham Helgram senior, from before the latter married Mairead Barimen, but does not have Cornelian Blood. He is an expert shapeshifter as well as a qualified surgeon and doctor.

Jubal FitzRichardson, Master of the Caravanserai

Jubal is a Helgram House demon, originally on the staff of Duke Richard. His job is to administer the Caravanserai, making sure that trade caravans and indivduals can be found lodgings, are kept apart if they’re likely to take exception to each other, and control the schedule of bulk magical arrivals. He is assisted by his daughter Jannelle, who often deals with the minutia of things.

Egill is a Black Zone demon. Chairman of the Zócalo Chamber of Commerce

Sháńdíín is a Black Zone demon. They are the Permanent Secretary of the Temporary Traders Association, which deals with the small, visiting traders who wish to hire space to sell their wares in the Plaza Mayor.

Thorn is Jowan’s younger twin, although he takes more after their Hendake ancestors than their Helgram ones. He attended the Hendrake Military Academy, and fought for that House, rather than Helgram, during the War Between the Powers. When he was living in House Hendrake, he was often assigned to patrol the Black Zone (and later the Black Road). Even now that he’s back in House Helgram primarily, he spends much of his time out in in that region, either gathering information or taking out patrols, and is one of the Helgrams with the most familiarity with it.

He and Jowan have a good relationship, and in the earlier days of the Zócalo, Thorn helped out with the military side of establishing the place. However, he prefers to be travelling than standing still, so he declined when Jowan offered him the position of Commander of the Zócalo Garrison. He is still a frequent visitor, and has an honorary seat on the Zócalo Council, as a non-voting member.